Quick Look: Some of our
Favourite Campaigns!

We’re proud to say we’ve worked on campaigns with some huge names. From H&M and Pepe Jeans to Stereo and Oppo – we’re here to tell you all about them! 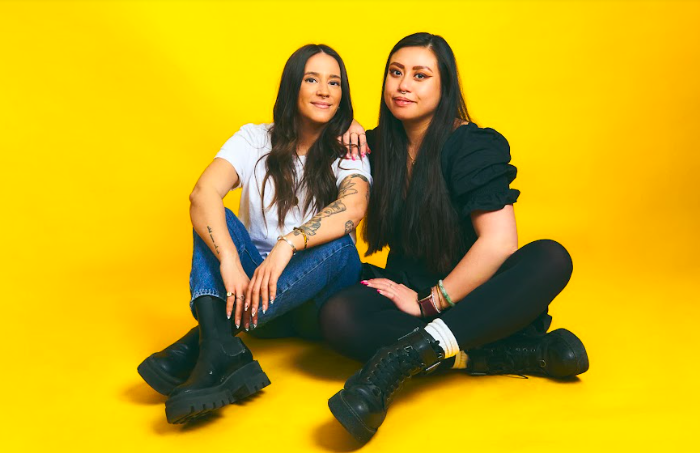 As you may have seen, we’re now working hard on organising experiences for brands as well as creating purely digital campaigns. This being said, we are still hugely proud of all of the digital campaigns we have run since we began in early 2020. We have decided to compile a list of some of our favourite campaigns over the past two years, with lots of impressive statistics to follow!

Kicking off with H&M, a campaign that we particularly loved due to the solid core values at the heart of the project was our Autumn Fashion campaign – whereby the messages of female empowerment and sustainability were key. Our key objectives were to increase brand awareness, gain new customers, increase the H&M database and generate engagement by creating an innovative digital experience with the collaboration of a Brand Ambassador and the help of several other influencers.To do this, we decided to use 6 influencers who embodied H&M’s core values and who would be able to create casual and relatable content. Not only did this campaign have an astounding average IG ER based on reach of 20.59%, but we achieved a reach of well over 300, 000 people through Instagram stories alone. Considering the combined following of the influencers was 760, 000 – this was definitely no small feat!

Running a campaign for a brand so close to the heart of millions such as Pepe Jeans is always going to be daunting! However, through ensuring our collaborations with our carefully chosen influencers was seamless – we smashed it! The selected creators were responsible for carrying the brand’s iconic charge, whilst always maintaining their personal values. Divided into 3 campaigns, our work with Pepe Jeans brought together 7 influencers that have given the brand more than 130, 000 impressions on Instagram and, once again, a fantastic engagement rate that will further help the brand pave the way in the British fashion industry.

Founded in 2000, Photobox is one of the most popular photo printing companies in the world. It is also a brand we are extremely proud to say we have a long standing relationship with! In fact, just this August we marked one year of working with the brand (something that came with a renewal of our contract, of course!). A campaign we particularly enjoyed was our 2021 Q4 campaign, with the primary goal of building brand awareness and consideration about Photobox services in the United Kingdom focusing on key products (think photo books, calendars cards, etc), and the secondary goal of generating awareness around peak calendar periods such as Black Friday and Christmas. This Q4 campaign, spread across 3 months, resulted in over 400 pieces of content being published by a total of 34 creators. Our goals were met with outstanding results, reaching almost 6 million users! An average engagement rate of 13.85% definitely shouldn’t be overlooked, either!

As a social audio app that gives everybody the opportunity to become a podcaster, we weren’t going to miss out on an opportunity to work with a brand as unique as Stereo. This was a big one, too. We brought together 118 influencers in one huge campaign composed of hundreds (and we mean hundreds!) of activations, with 95 Instagram influencers and a staggering 23 influencers from YouTube! With the app only having been launched at the very beginning of the campaign, our main goal was to raise brand awareness and increase app sign-ups. Overall, the campaign proved itself to be massively successful as the Spanish market became, by far, the most popular market on the app.

Founded in China, OPPO is the world’s leading smart device manufacturer. So, given the competitive nature of the tech industry, our work with OPPO had to be as innovative as possible. We also had to bear in mind that people are often fiercely loyal to their favourite tech brands, and convincing them to convert to a new lesser-known brand would never be a walk in the park. Taking full charge of the campaign, we enlisted 9 globally admired tech-based content creators to help the brand successfully expand into new markets and gain new fans. And, as you probably know by now, the figures speak for themselves. This campaign achieved over 40, 600 engagements on YouTube, with an average engagement rate of 9.6%! Not only this, but 60% of all comments on the videos were found to be positive about the brand, with the other 40% neutral.

Last but not least, Pret! The UK-based international brand has worked hard to maintain and spread their strong brand values, something we always stand closely by. For this reason, it was especially important we embodied their core values in our campaign. The campaign focused on highlighting their new Coffee Subscription – a pioneering service that would allow customers to enjoy endless organic barista-made drinks for just £20 a month. The campaign consisted of 12 contracted influencers (with a combined following of well over 1.2 million followers!) who achieved a remarkable reach of 480, 000 on Instagram stories alone. There were also over 4, 400 clicks on these stories, and with an average engagement rate of 3.6%, we think it’s safe to say that this was a great success!